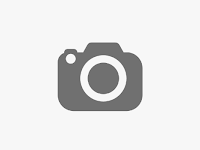 Economic Growth Rate at the Start of 2008 Not as Expected

News February 06, 2008 Add Comment BERITA EKONOMI, Indonesian Economic News
The Indonesian economic condition recently has not been in a good shape because of external and internal factors. The government is working hard in revising the state budget, because there aren�t many options.
As targeted at the beginning of the year, the rate of development seems to be at the lower level for the target between 6,2 � 6,8 % . Meanwhile the inflation rate at the beginning of 2008 has risen to the rate around 6 � 6,5% from the earlier target of 4 � 6 %.
Last January the inflation rate has reached a level of 1.77% and Year to Year reached 7,36%.Quite a high figure regarding that the target is around 4-6%.
These figures have risen because the macroeconomic indicators have worsened due to external conditions such as the sub prime mortgage crisis in the . The central bank�s revised prediction of the �s economic growth from 1.9 % to 1.5% shows the pessimism.
While the latest World Economic Growth was also corrected from 4.4% predicted to 4.1 %. This slowing of the world�s growth gives effects to the export rate and the nation�s economic growth.
The rise of the world�s oil prices has also increase the allocation for subsidies in and burden the national budget. This increase allocation for local subsidies has also decreased the fiscal role of the budget which is for consumption and investment of the government aiming to create economic stimulus.
Even so the national reserve is still predicted to exceed the USD 70 billion. Currently (February 2008) the national reserve is USD 55 billion. This makes the rupiah in a stable level of Rp 9300 against the green bag.
The central bank�s rate around 7.5 to 8% is set so the real sector moves better. Currently housing loan rate (KPR) is in a ideal level around 9 -10%. But requirements are tighter then before.
The workforce tally each year for the late 5 years are 2,5 million new workforces while the economy only absorbs 180 thousand workforce for each 1 % of economic growth.The ideal figure is 400 thousand workforce absorption each percent of growth.
Subscribe to: Posts (Atom)